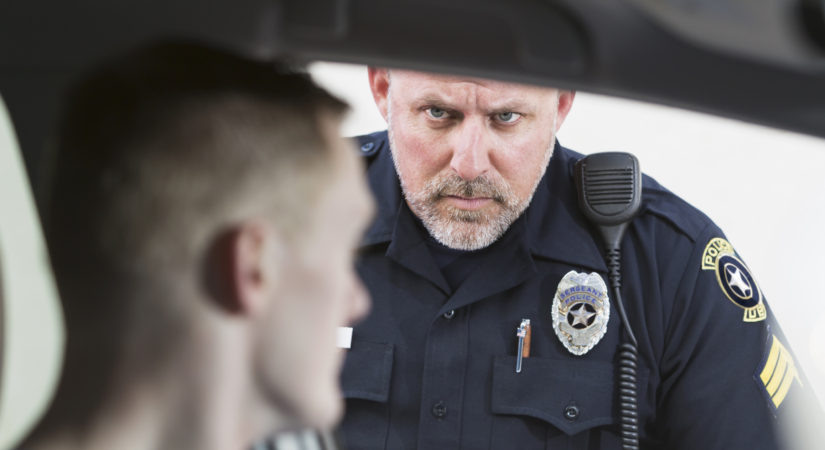 What Are Field Sobriety Tests?

Sobriety tests, generally called Standard Field Sobriety Tests, are often administered by law enforcement officers who have a suspicion that a driver they’ve pulled over may be under the influence of alcohol or drugs. Often,  drivers aren’t specifically stopped by law enforcement based upon a suspicion that they’re driving under the influence. Our experience is that drivers are typically stopped for something minor, like speeding or even equipment defects such as a burnt-out license plate light. Once a driver is stopped, law enforcement may decide to investigate a possible DUI if they observe anything that would reasonably suggest that the driver is under the influence. Unfortunately, these DUI investigations begin all too frequently at moments that are generally considered poor indicators of impairment, like bloodshot and watery eyes, inability to immediately produce license and/or registration, or what the officer perceives to be odd behavior based on their “instincts.” Furthermore, when investigating a potential DUI, law enforcement officers are trained to administer Standard Field Sobriety Tests, which include three parts: “Horizontal Gaze Nystagmus,” “The Walk and Turn,” and “The One Leg Stand.” Despite the regularity in which these tests are utilized by law enforcement, the law firm of Sheed Law Offices strongly believes that field sobriety tests are absolutely unscientific and are not a reliable indicator of a person’s blood alcohol content (BAC) and/or level of intoxication.

In our experience, most law enforcement agencies model their administration of the Standard Field Sobriety Tests based upon the National Highway Traffic and Safety Administration (NHTSA) recommended structure, which is one standard test comprised of three parts. Those parts are:

The horizontal gaze nystagmus (HGN): This is usually the first test administered and involves the officer’s examination of the driver’s eyes. They will instruct the driver to follow the tip of an object, usually a pen, without moving their head. They will be looking for certain indicators of “nystagmus” or the involuntary movements of the eye. There is some scientific literature to support the assertion that when a person has consumed an “intoxicating” amount of alcohol, that their eyes may exhibit involuntary twitching/movements when the subject is looking at an item at a certain degree. However, in order for this test to have any sort of usefulness, it must be administered for the minimum amount of time and the officer must complete the minimum amount of “passes” in front of the eyes. We commonly see officers fail to administer the test properly and we then attempt to have the observations excluded from being admissible in court, or in other words “suppressed.” Further, there are fundamental issues with allowing normal law enforcement officers to make observations best left for an optometrist. Any good optometrist will tell you that they would NEVER diagnose, let alone testify to a jury, that a subject has “nystagmus” of the eye without first concluding a full eye examination, that would aim to diagnose and exclude the endless list of other potential causes of involuntary eye movements.

The walk-and-turn (WAT): In this test, officers will instruct a person to walk and turn on command to determine “divided-attention.” A divided-attention task is one that challenges one’s physical and mental capabilities. For example, driving is a divided-attention task. Therefore, the theory is that the WAT and the one-leg stand (OLS) are good indicators of impairment as the performance will shed light on the subject’s divided attention capability. The law firm of Sheed Law Offices disagree for numerous reasons. We’ve defended individuals who performed the WAT test on gravel during extreme winds! It’s too frequent that law enforcement officers will still have drivers conduct these physical tests when the environmental conditions and/or other factors will not allow for the results to be useful. Even when drivers tell officers that they have physical injury or pain, we’ve seen officers still administer these tests. Surely common-sense would tell us that if a person is performing an exercise in pain or injury, that said pain or injury is going to have an impact on performance.

The one-leg stand (OLS): The OLS requires the subject to balance on one foot and count to thirty seconds (once on both feet). The officer will be looking to see if a person sways, hops, or otherwise indicates poor balance as a result of alcohol/drug impairment.

To Learn more about Standard Field Sobriety testing, visit our page on the tests here.

The field sobriety tests are highly flawed when it comes to determining a driver’s ability to safely operate a motor vehicle. Firstly, these tests cannot test for blood alcohol levels, which is the primary inquiry at issue in a DUI investigation. This fundamental flaw creates further issues in that a perfectly sober person may fail simply because they’re nervous, tired, or are simply not physically capable of performing well enough to the officer’s satisfaction, whatever that might be for any given officer.

What To Do If Charged With DUI?

Regardless of your Field Sobriety Test performance, it’s imperative that you call the Seattle Criminal Defense Attorneys at Sheed Law Offices, PLLC quickly. We’ve been successful suppressing and attacking these tests in the past for the benefit our clients. We know that good people get charged with DUIs and we strongly believe that everyone deserves their day in court to answer to such charges.

If you’re facing a DUI in the Greater Seattle area, Contact our tested and proven Criminal Defense Lawyers at Sheed Law Offices, PLLC.

The experienced and passionate criminal defense team at Sheed Law Offices, PLLC fight every day to defend the rights of those facing criminal charges in Seattle, Everett, Tacoma, Bothell, Bellevue, Kirkland, and beyond. Call our Seattle Criminal Defense lawyers today at 425-236-2291!